Home About Contact
The EMB is moving toward a new direction. Stay tuned. This will be exciting - Promise 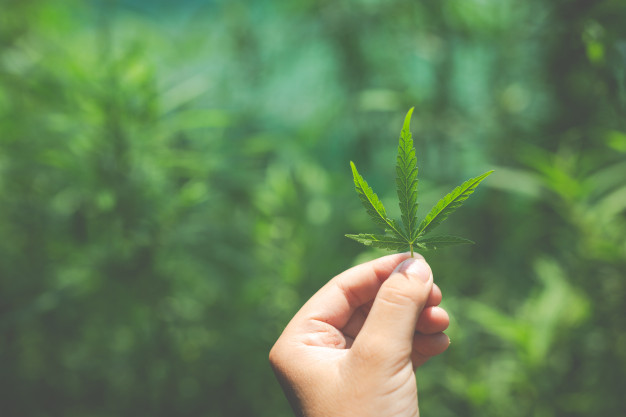 Did you know the Declaration of Independence is rumored to have been drafted on hemp paper by Thomas Jefferson?

Amazingly, hemp first arrived in North America back in 1606, and it played a pivotal role in the economy for many centuries to come – that is until it was made illegal in 1970 by the Controlled Substances Act.

But here’s the good news – hemp is back on the scene once again, and it’s making real waves this time around. The incredibly versatile plant has the power to disrupt a myriad of different industries, and it looks like things are just starting to heat up. This brings about various investment opportunities and a whole host of ways to make money from the new hype train.

First of all, let’s clear a few things up. Unbeknownst to most people, hemp is an absolute wonder plant. Thought to be the first domestically cultivated plant, it has a staggering number of use cases and is incredibly efficient at producing a wide variety of modern-day products.

In many ways, hemp is a viable answer to many of our sustainability issues across the world, such as deforestation, as it produces four times more paper per acre than trees. It even has potential use cases in the manufacturing sector as hemp fiber is roughly ten times stronger than steel. Some of the most common use cases of hemp include:

It begs the question, why don’t we use this stuff more?

Now, for those of you that aren’t aware, hemp is not synonymous with marijuana. While they are the same plant from the same species, there is one clear distinction between the two, and that’s their psychoactive components.

The legal status of hemp

THC (Tetrahydrocannabinol) is the chemical compound found within cannabis plants that is responsible for making you feel “high.” With that in mind, a cannabis plant will only be considered hemp if it contains no more than 0.3% THC. The reason being is because hemp plants do not contain enough THC to give off a psychoactive experience. In other words, it will not alter your mind, and as such, it is not considered to be a drug.

This is an abundantly vital fact to keep in mind as this is the only reason hemp is federally legal and marijuana is not. Even though fifteen states have now legalized recreational marijuana, it remains illegal federally in the United States. This makes it extremely hard for marijuana businesses to operate as they must contend with heavy taxes and stringent laws that prevent the expansion of operations between states.

On the other hand, hemp was made legal to grow and sell in the United States in the 2018 Farm Bill, which means it’s now fair game for business owners and investors.

In many ways, hemp is a considerably safer alternative for people who want to invest into the cannabis industry, especially those who may be concerned about the lack of nationwide legality of marijuana in the U.S.

While the marijuana market does look like it is ready to take off, it’s still a precarious investment while it remains illegal under federal law.

In addition to this, as we stated earlier, hemp has a tonne of different use cases which means there will always be demand for hemp growers and manufacturers going forward, and this demand looks set to increase from here on out.

With that said, here are the main ways to make extra money by investing in hemp stocks:

For many years the hemp industry has been a magnet for speculative investors looking to make a quick buck on their investment. The excellent news for traders is that this speculation brings in a massive amount of volume, which means they are ripe for trading.

Day traders open and close positions on the stock market within the course of one day. The idea is to profit from the price fluctuations, and then once the day is done, you step away from your laptop with your earnings in your back pocket.

There are tons of hemp stocks you can day trade, ranging from penny stocks to the more prominent players in the field. Just do your research, refine your strategy, and make your profit!

Swing trading is similar to day trading in the fact that you hold open positions over a short period of time; however with this type of investing/trading, you usually hold your positions between a few days and a few months. The whole idea here is to benefit from significant price movements, or trends, that you observe and subsequently take advantage of.

Hemp stocks fluctuate in price for a whole variety of reasons, and in many cases, all it takes is one or two positive pieces of publicity, and the stock can spike massively. If you’re smart enough and time the market well, you can be on the right side of these swings and make huge profits.

Finally, the least “hands-on” approach to investing in hemp stocks is to enter into long-term positions in some of your favorite stocks. Rather than looking to get in and out quickly, the objective is to find great companies with solid fundamentals and a high likelihood of future growth.

Fortunately, there are plenty of companies that fit that bill in the hemp industry, so conduct some research and take your pick. Some of the biggest players in the sector include Charlotte’s Web, Canopy Growth Corporation, and Cronos Group.

Whatever route you decide to take, remember to always do your own research and never invest more than you can afford to lose. Good luck!

Next: Tips And Tricks To Get The Most Out Of Your Online Brokerage Account

Your Business at Your Own Pace